A trial with the Tracetop Junior vitamins and mineral bolus 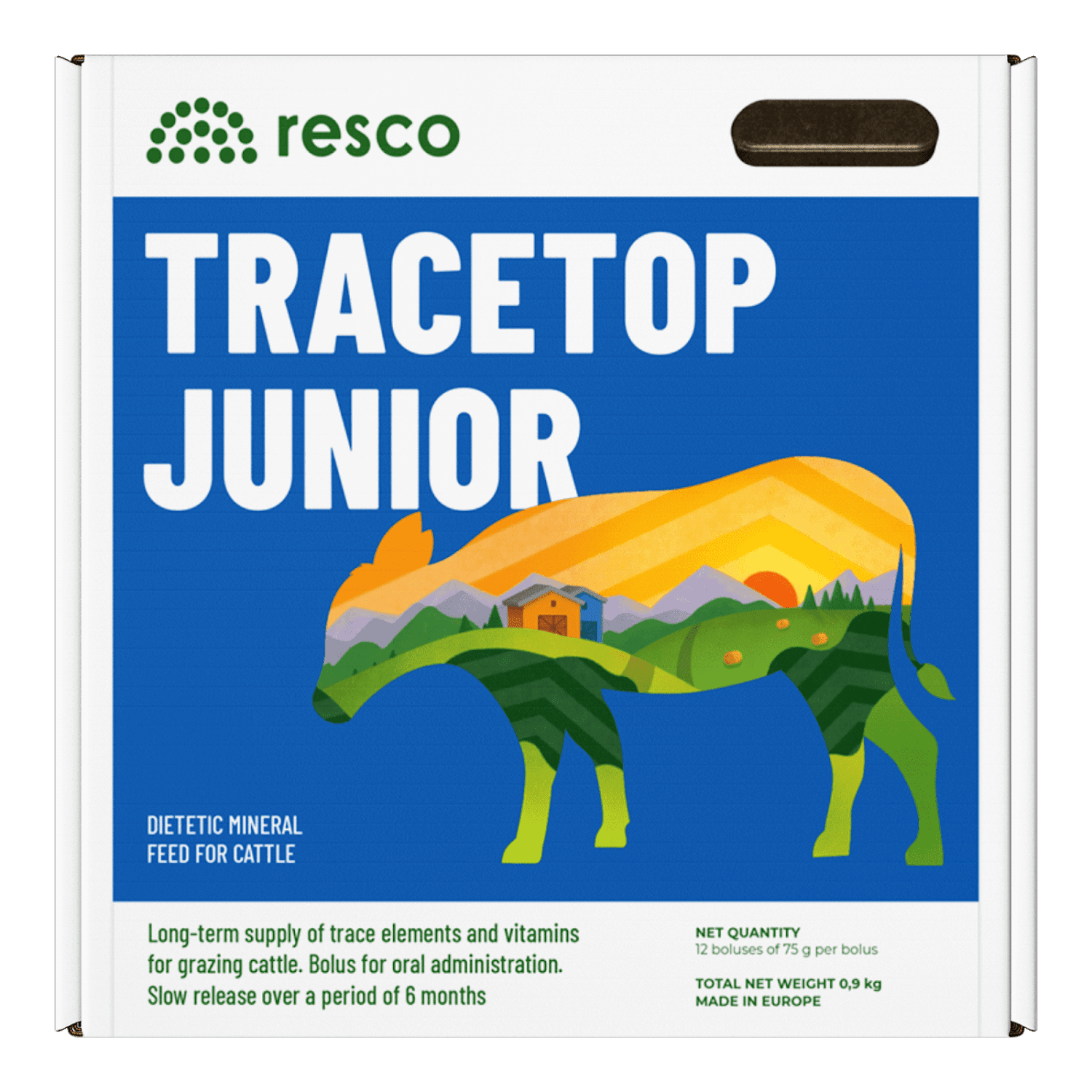 First of all, what is Tracetop Junior? Well, it is a bolus with minerals and vitamins for calves of about 6 months of age. During the next 6 months, this bolus will slowly release its vitamins and minerals, ensuring a healthy calf with an improved weight gain. After these 6 months, the farmer can give High Trace or Tracetop. The trial consisted of measuring the most important parameter for meat farmers, which is the daily weight gain.

We want to thank our distributor in Chile, Mario Fernández from Fedagro, for performing the trial.

The trial was performed on a group of calves for meat production. Weight gain was compared between animals treated with Resco's Tracetop Junior bolus and a control group treated with commercial salts. The test was conducted at the Fundo La Encierra owned by Mr. José Tomás Pérez Cruz in the municipality of Paillaco, Chile.

The breed of calves is predominantly American bought from dairy farms in the Rios region. 60 random calves were selected from a herd of 687 animals. These 60 animals are the Bolus Group. The other animals, 627, are considered the Control Group. The Control Group was administered complete mineral salts. 100 gr / animal / day. The salts were added in a feed mixer (TMR) on top of a basic diet based on grass and silage.

All animals received the same feed and handling during the test period. With the only difference being the bolus in Bolus Group and salts in the Control Group.

In a period of 145 days, the control group gained 25,31 kg. The group that received the Tracetop Junior however gained 46% more: 37,07 kg. The result, a 12,26 kg difference, is due to a permanent, guaranteed and prolonged supplementation thanks to the Tracetop Junior which works with slow-release technology. 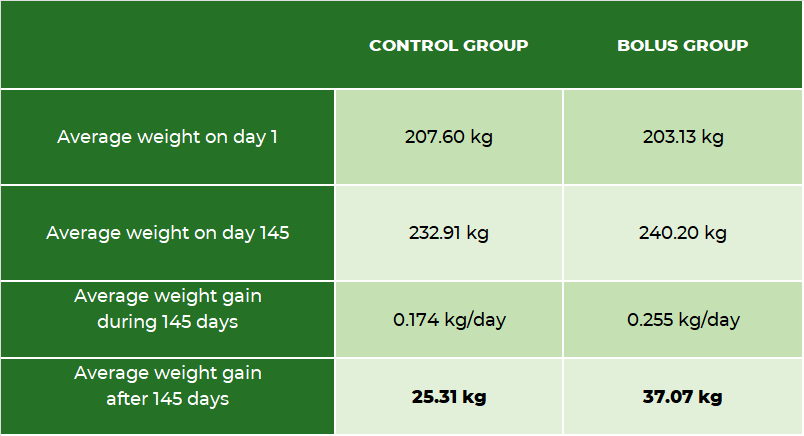 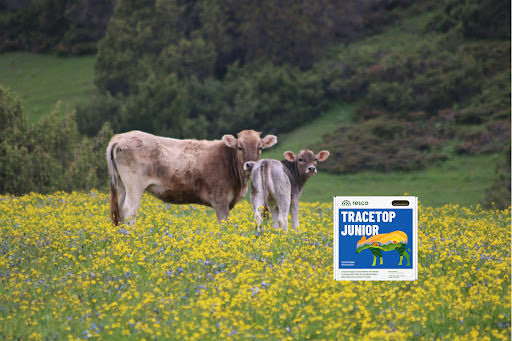