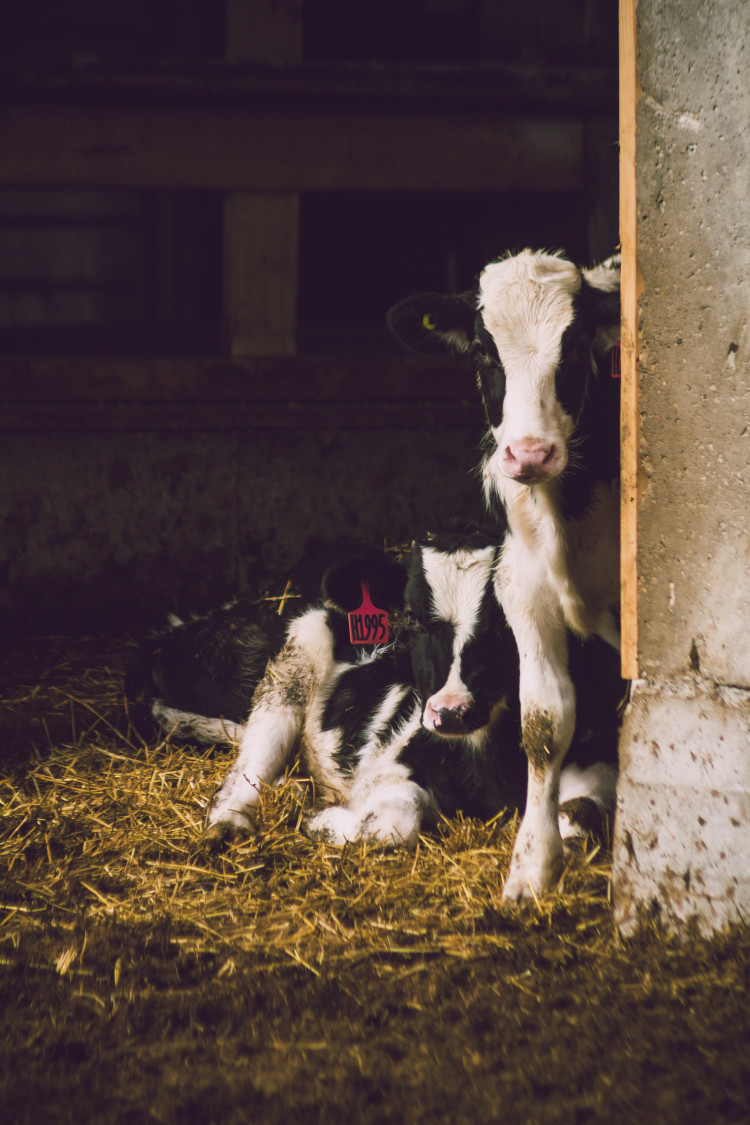 When rearing calves, farmers strive for regular growth of their animals. This can only be achieved when the calves get enough food and when farmers ensure that the animals remain healthy. A common, yet underexposed, problem to the calves’ health is coccidiosis (also named eimeriosis). A 2011 study in Austria showed that only 45% of the farmers were familiar with the term “coccidia”. So, what is this?

What is coccidiosis in calves?

Coccidiosis is an important parasitic disease of vertebrate animals (including calves and adult cattle) and is a common cause of scours. The infection is mainly seen in calves from 3 weeks up to approximately 1 year of age and is highly prevalent on cattle farms. This high prevalence causes a big financial impact to farms due to reduced growth or even death of calves.

What causes coccidiosis in calves?

Coccidiosis is caused by protozoan parasites called Eimeria (or coccidia) of which 21 species are known to occur in cattle. Certain species of Eimeria however do not cause disease. Infection happens when calves ingest oocysts, either through food or drinking water. These oocysts will then release the parasites into the small intestines where infection of the cells happens, damaging the intestines. These infected cells can then create new oocyst which will be excreted by the calf, continuing the cycle. Each oocyst has the potential to produce 23 million oocysts after just 21 days inside the calf. In this way, the disease can spread very quickly among a herd.

The disease mainly occurs where animals come together or are crowded and where feces are more concentrated in the environment. Calf coccidiosis outbreaks are also occasionally seen when young and older calves are grouped together. The youngest calves are then often rejected and have less chance to take in sufficient feed. It are precisely these young calves that are often the victim of high infection intensity. The older calves, already infected at an earlier stage, excrete the oocysts with the feces and in turn infect the younger calves.

Calf coccidiosis can be both subclinical and clinical and the severity of the disease can range. Some animals can recover without treatment, but in severe cases, the calves can die.

Calves suffering from subclinical coccidiosis show no typical symptoms. They can lack appetite and have a decreased feed efficiency because of damaged intestines. All of this of course can lead to poor growth rates and weight gains.

Clinical symptoms of coccidiosis can be anorexia, depression, abdominal pain, dehydration, acute weight loss, weakness, pale mucous membranes, difficulties to defecate, rectal collapse, and diarrhea. Diarrhea is the most common symptom of clinical coccidiosis in calves and looks thin and slimy and often contains blobs of blood. If the intestines are severely damaged and a lot of blood has been lost as a result, the animals can even show anemia.

By examining the abnormal feces for oocysts, coccidiosis can be diagnosed. In these tests, the number of oocyst per gram is determined, in which more than 5 000 oocysts per gram in combination with typical symptoms are highly suggestive of coccidiosis.

Numerous studies have confirmed the big number of calves that are infected with coccidia. A 2007 study showed that highly pathogenic species of coccidia were found on 88,4% of the investigated farms, although the intensity of the infections remained low or moderate in most cases. Another European study found that on almost all investigated Austrian farms (97,97%) calves excreted Eimeria oocysts, which accounted for 83,67% of the individual feces samples. Again the intensity of infection was usually low. This Austrian study also confirmed the idea that coccidiosis happens more in crowded farms. When we cross the Atlantic Ocean to Colombia, a recent (2020) study found Eimeria in 75,5% of the studied samples of which the most pathogenic species were most common. Finally, a study in Kashmir confirmed this high prevalence of coccidia.

"Prevention is better than cure” is a proverb that certainly applies to coccidiosis. As subclinical coccidiosis in calves is highly prevalent, so are the accompanying economical losses due to poor growth. Furthermore, treatment can be costly and have implications for animal welfare. Some of the preventive measures that can be taken are following: 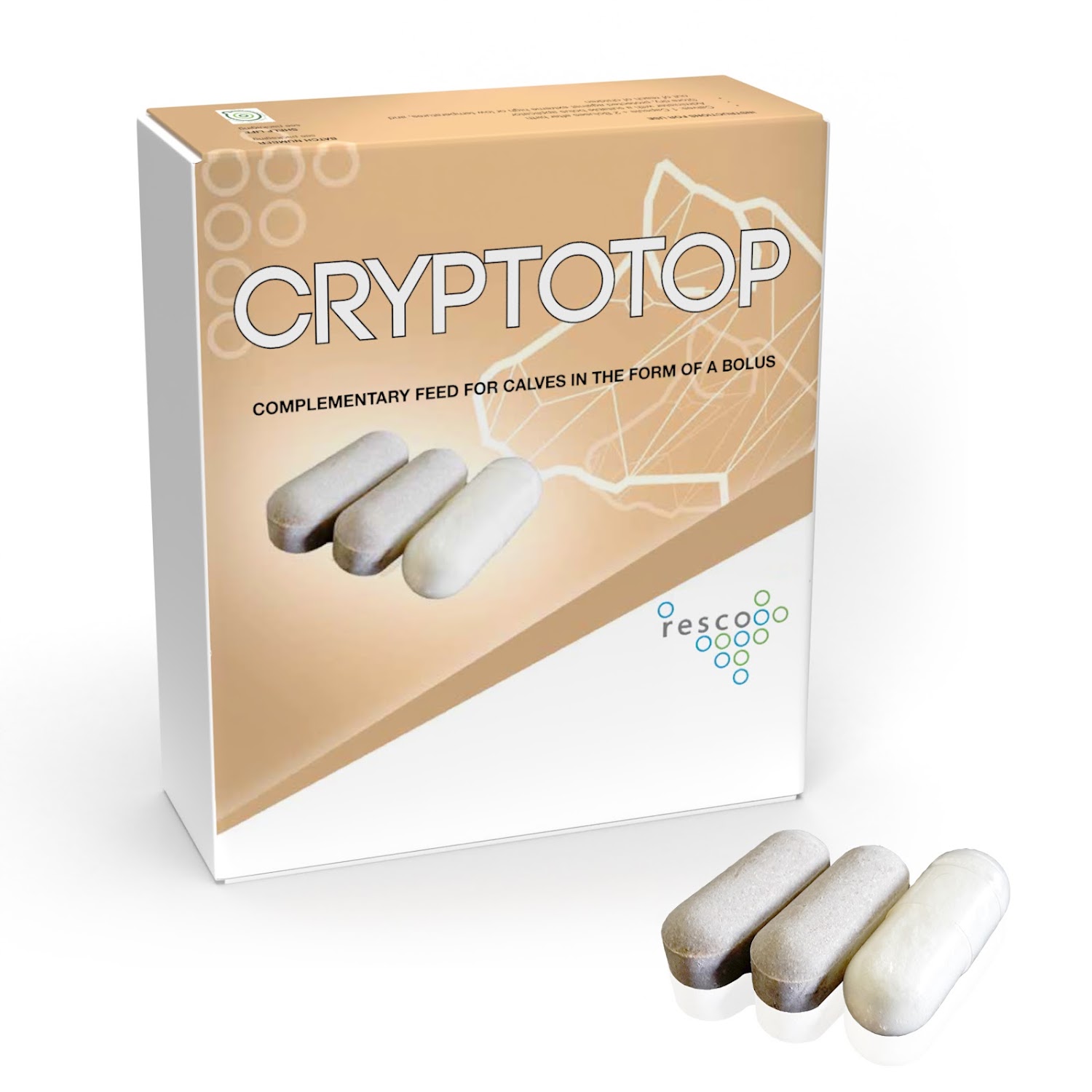 Considering the high prevalence and possible economical losses of coccidiosis, this problem should receive higher attention. It is for these reasons that Resco developed a complementary feed to optimize gut health of young calves and to help reduce the development of coccidia. Cryptotop focuses on young calves since they haven’t yet acquired protective immunity and are as such more susceptible to create clinical coccidiosis. Since the Eimeria parasites are known to be widespread on cattle farms, we advise making Crypotop part of your calf rearing management.

Cryptotop is a complementary feed consisting of 1 capsule against cryptosporidium and 2 small boluses against coccidia. They contain high levels of essential oils from herbs like clove (Syzygium aromaticum) and garlic extract (Allium Sativum), proven to have anticoccidial and anti-inflammatory activity.

Treatment of calf coccidiosis can be done with anticoccidial drug but is often rather unrewarding. There is no drug ever documented to be highly efficacious for treatment. At the moment that the clinical symptoms appear, the damage to the intestines is already done. Furthermore, resistance to these coccidiostats can happen.

Because the first months of a calf’s life can impact its future health Resco developed a big range of boluses for calves. You can check them out here! 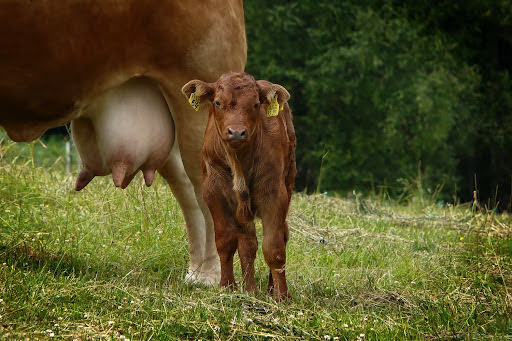 Prevent subclinical milk fever the way nature intended it by stimulating the calcium mobilization from the bones.

Natural alternatives to antibiotics in cows: how garlic extracts keep the udder healthy

Garlic extracts are known for their antibacterial properties and are widely used as a natural alternative to antibiotics in cows. Read how our boluses Mammitop and Mammitop Clinic support udder health in dairy cows.

Results of Ketotop trial in China

A trial was done on a Chinese dairy farm to test the influence of the boluses on the occurrence of ketosis. Read the results on this blog.